I just don’t understand why people use the speaker on their cell phones in public!  Especially when their in a crowd.

First of all, if you use speaker while talking with me, I will find an excuse to get off the phone.  I hate having to fight the background noise to have a conversation.  I don’t want to have to ask you to repeat yourself after every other word.  Hell, I’ll just pretend I understood you and change the subject or find a way to hang up.

Secondly, when you’re in a crowd, it’s bad enough that you don’t find a way to walk far enough away as to where I can’t hear you, but now I’ve got to hear what “Bobby did at school today.”

If you have earbuds or Bluetooth, please simply excuse yourself from the crowd.

It’s common courtesy! Get some! 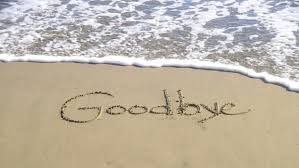 I had to say goodbye to a friend today!  No, he didn’t pass away, he just moved to New York.  The reasons for the move are his to tell.

We have been friends for close to 15 years and though for a lot of those years we had our own lives, our own schedules and other friends that we hung around with more than we did each other.  Some of these other friends were mutual to both of us, most were not.  When we did hang out together, we would do what most friends do, talk about what was happening in our lives, what we did when we weren’t together.

Three weeks ago my friend announced that he was moving to Brooklyn.  Within these 3 weeks, he and I spent many days together just hanging out.  We talked about everything under the sun.  When I needed an ear, he was there to give me advise, put me in my place or just listen.  I hope he knows that I was here for him in the same capacity.  He even went to see a Horror Movie with me.  He doesn’t like them, but he went anyway.  Sometimes we just walked around a shopping mall and chatted.

All those years of friendship came down to 3 weeks.  And in those twenty one days, we had fun.  Even though it was only 3 weeks, it made realize that some things will be different.  Sure, we’ll call each other and talk, but no more last-minute hang outs, movies or lunches.

We all have to do what is best for ourselves and sometimes it means leaving behind the people you love, physically, anyway.

I wish my friend nothing but the best on his new adventures in the Big Apple.  No, it may not be forever, but that is not for me to decide and probably not even up to him.

I only ask one thing, Buddy, go “Live” from Times Square for me at least once.

Barry Manilow did not write the song I Write The Songs.

In fact, when he first heard the song, he didn’t even like it.

I have lived in Southern California much longer than I lived in Indiana.  We arrived in Reddington from Thailand in 1976 where we lived with my Uncle until we moved to Columbus.  The Spring of 1984 was when my dad got the offer from his company, Cummins, to relocate to either South Carolina or Southern California.  Dad had come out to California when he was about 17 years old so there really wasn’t much thought or debate to where he was going to move us.  November of 1984 brought us a brand new car, a Station Wagon, and the reality of the move.  We packed up in December and headed West.

New Year’s Eve was spent in Las Vegas with Dad’s childhood friend, Darwin, and his family.  We arrived in Riverside, California on January 3rd, 1985.  Unfortunately, my heart never came with me.  Since plane tickets were fairly cheap back then, I did get to go back a couple of times a year and each time I left another piece of me.

Many of my cousins and their families have lived in small towns all of their lives.  A part of me is very envious of them and I miss them.  They are definitely one reason I want to go back but they are not the only reason.

Growing up in a small, rural town means seeing stars on a cloudless night; listening to crickets chirp and frogs croaking.  I want to back to fireflies in the summer and fishing in the creek that runs through your backyard.  I miss seeing a flash of lightning then counting the seconds until you heard thunder.  There is no better aroma than that of earthly fragrances after a hard summer rain.  I want to go back to where the colors of Autumn are in your front yard, not miles away.  And when those colors begin to show, you knew it was time to prepare for the first snowfall of winter.  Going to sleep just to wake up with the ground painted white.

I don’t want to go back to relive my childhood, I want to go back to a somewhat uncomplicated life and almost everyone you meet becomes your friend.  I want to get stuck in traffic because a farmer has to drive his tractor on a two-lane highway to get to his fields.  And while I’m on that two-lane road, I want to wave to a total stranger because that’s what a small town does.

During the Brett Kavanaugh Hearings, I came across a post from Alyssa Milano saying that no one had asked her for her opinion on Mr. Kavanaugh.  First of all, Ms. Milano, you are no longer relevant.  You had your glory with Who’s The Boss, Charmed, and probably dozens of Hallmark movies.  You, as an American Citizen, have every right to express your opinion but publicly saying that no one asked for it is a little narcissistic in my opinion.  Did you think that if someone had asked for your opinion that it might have influenced or even change the vote?

Celebrities are nothing more than regular people that chose to get into the Entertainment Business.  Their job is to entertain us, not push an agenda down our throats.  Every single American that is responsible enough has their own opinions, views and arguments about how this Country is run and who runs it.  Only because you are more known than John Smith from Main St., USA, do you believe that your opinion or argument means more or has more influence.  The people that do follow what celebrities say and do are the ones that cannot think for themselves.

We are a society that puts a celebrity on such a pedestal that it becomes almost a worship.  It is so unbelievable and very disheartening that our Society can be so weak-minded that we will blindly follow them.  Whether it be their stance on politics or as simple as buying something just because they say they use it.

It was actually gratifying to see that viewership for the EMMY® Awards were down by 11% from last year.  Makes you almost feel that maybe people are tired of watching celebrities celebrate themselves; tired of hearing their views on politics; tired of hearing who’s clothes they have on.  Does that really matter?  These people chose an occupation that requires them to entertain an audience that will pay hard-earned money to get away from everything else.  Now if celebrities want to use some of their money to help the homeless, help feed the hungry, or donate to any deserving cause, please do so.  Please stop telling us how we should vote, who we should believe or not believe.  Just do your job and entertain us.

Remember way back in 1992 when President George H.W. Bush vomitted in the Japanese Prime Minister? Well, the Japanese added a new word to their dictionary after the incident; Bush-u-su-ru

Which literally translates to “To do the Bush thing”

I am truly happy for you that you turned your life around.  You went from partying every weekend or even every night to being sober.  It did take an experience that could’ve turned out far worse than it did.  Thank God it didn’t.  Believe me, it might have been a life-changing moment for me, too.  My friend and I were recently hit by an intoxicated driver.  He hit the truck from behind on the passenger side, my side.  The impact spun our truck across all four lanes of the freeway.  Yes, it scared the crap out of me.  All I kept thinking was we were going to tumble over the guardrail.  But we didn’t.

That experience, however, did not change me enough to make me think I was better than anyone else, especially my friends.  I didn’t climb on my high horse and start looking down on people because they still do what they do.  I’m sure your friends were very supportive of your decision to make a change.  There is much to be said about someone that makes a choice to better themselves, very commendable.  It does not, however, make you a better person than anyone else.  You just became a more responsible person and a person that chooses not to live the life you had before.  In no way does that make you a better.

Your friends supported you every step of the way during your journey and are very proud that you made a choice to become sober.

Thanks for joining me! Let’s have some fun with this! I want to hear from you; Facebook.com/IamJustJimmyRadio   Twitter.com/IamJustJimmy   Email:Iamjustjimmyradio@gmail.com 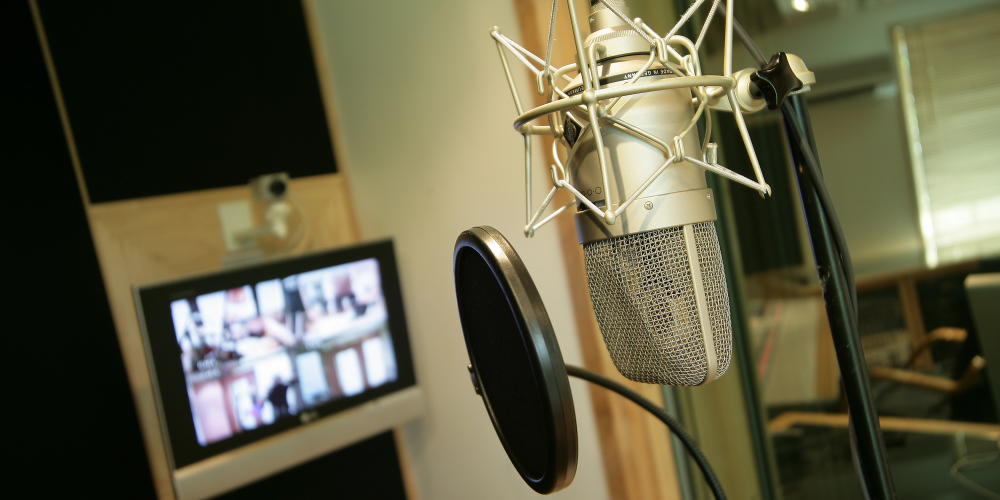 lieve in Guardian Angels? I have come to believe that there is someone or something that is watching over us. A couple of recent events that made me come to believe: There’s an intersection I drive through nearly every day where there is no stop light. There are stop signs, no lights. Well they are putting up the lights but they are not active yet. As I was coming out of the side street where there is only a sign, for some reason I looked in front, I looked to the right but for failed to look left. Mind you, cross traffic doesn’t have a stop sign, I pulled out and turned left. As I finished the turn, I realized that I failed to look left. The truck that was coming toward me was not traveling that fast, THANK YOU, LORD! I would guess that the reason for the new traffic lights at this intersection is because drivers do go pretty fast down this street.
The other incident was when I was driving in a city I was not familiar with and came to a stop sign. I stopped, looked, but didn’t see, if there was one, a sign that says 3-way stop. I proceeded and heard a horn. I looked to my left and saw a full-sized truck coming right at me. Saving grace here is that this is a mountain road and he was coming uphill. He waved, I mouthed “sorry” and we went on our way.

Now you may be thinking that I was just not paying attention and you’re right. But because I was not paying attention, someone or something was and that is what kept me safe. After both incidents I stopped and said a little prayer and thanked whomever it was for watching over me. That is why I believe in Guardian Angles.